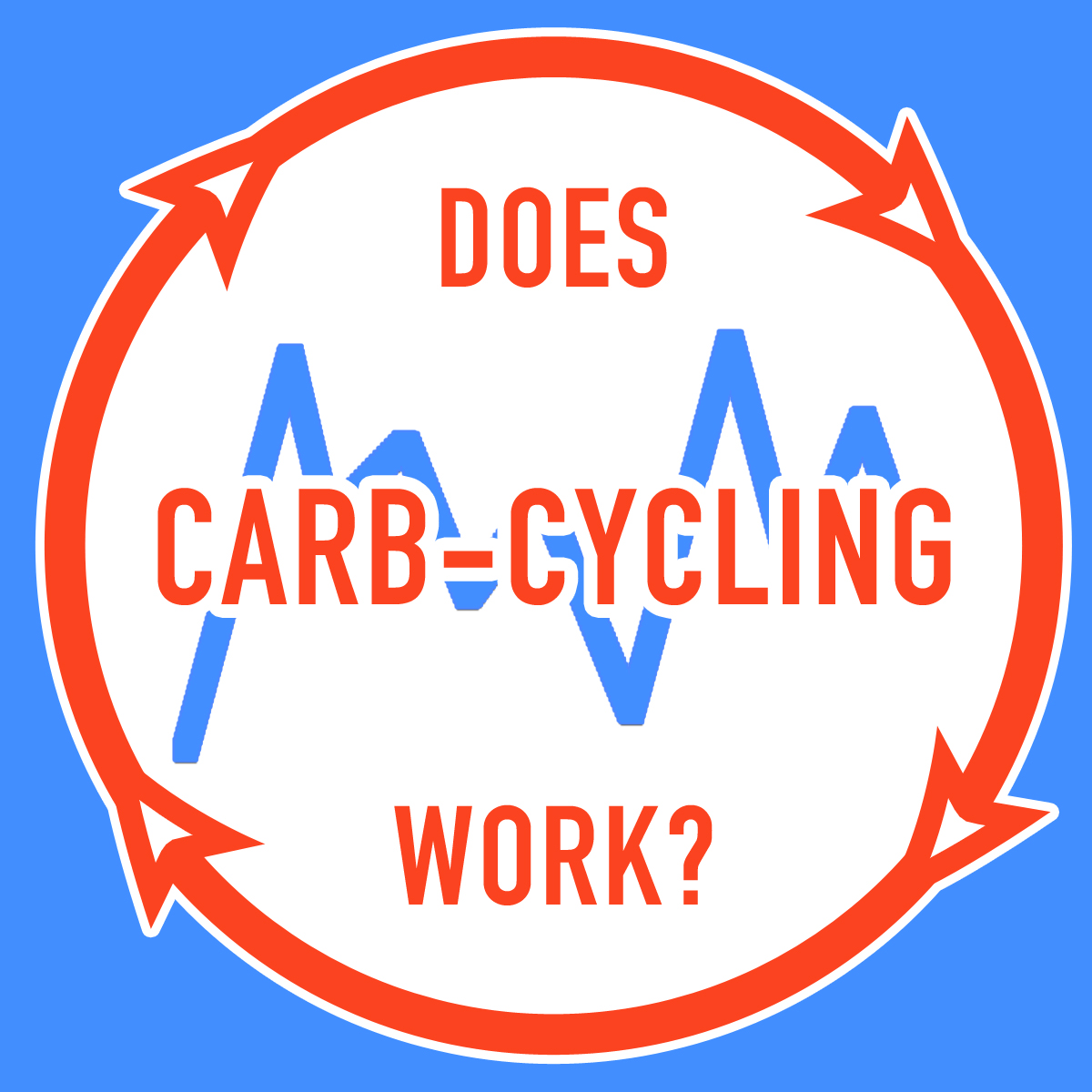 A common fat-loss strategy is to add or remove starches from dietary intake day-to-day depending on activity level, type of activity, and the anecdotal and possibly arbitrary schedule one creates or follows. The idea is that depriving the body of carbohydrates on some days but adding them back on other days keeps the body guessing as to whether the dieter is entering a period of starvation. If one diets too aggressively they can enter what is commonly called “starvation mode”, which is an unofficial term used to describe the body’s negative response to sub-optimal nutrient intake. Cycling lower carb days with higher carb days attempts to keep metabolic processes running efficiently while still signally the body that tapping further into its stored energy (fat) is safe and not going to compromise survival at the present moment.

There are many different schedules of Carb Cycling out there, with each trainer preaching that their’s is better than the others’. Some Carb Cycling programs cycle calories simultaneously with carbohydrates, meaning the calories lost from the removed carbohydrates are not replaced with calories from added fats or protein. Other programs replace the cut calories to sustain a more consistent calorie deficit but force the body to shift energy sources away from glucose (carbohydrate). Other programs will have a combination of the two.

So now that you should understand what Carb Cycling is and how it can vary, let’s address if and how it works. As it relates to weight loss, any diet depriving carbohydrates will deliver immediate results on the scale, given there is not a overly compensatory influx of salt, fat, protein or alcohol. Humans of varying size can store approximately 250g-500g of carbohydrate in their body in the form of glycogen, primarily in the liver and muscle tissues. Each gram of glycogen takes with it 3 grams of water where it is stored, meaning there can be anywhere from 1.5lbs-3.5lbs of water and glycogen that one can lose as soon as carbohydrate replenishment becomes restricted.

In addition to losing several pounds of water from reduced glycogen levels, carbohydrate deprivation almost always reduces sodium intake as well, which as you should know will directly affect how much water the body holds onto. As little as a 400 milligram decrease in sodium can result in a 2lb weight loss on the scale. Since the average American consumes nearly 1,200mg more than the recommended daily value, cutting out that added sodium by keeping overall intake to a more ideal level can add another 6lbs to the weight lost on the scale.

Add the water lost from glycogen and sodium alone and we’re already around 10lbs lost on the scale! But have we lost any fat yet? In all likelihood, yes, but in all seriousness, nowhere near 10lbs worth. Does that mean we’re doing anything wrong? Absolutely not, but it’s important that you understand why weight falls off so quickly and then begins to slow down or even stall. Water leaves the body just as easily as it can be added. When we’re dieting and all we’re measuring with is the scale, progress is going to be difficult to measure on a day-to-day basis. A high-carb and/or high sodium day can throw several pounds onto the scale at a moment’s notice, leaving many discouraged and convinced their diet isn’t working. This is why the initial pounds of water lost helps many gain momentum and excitement about continuing their diet, but also why many quickly abandon dieting when they see the scale go back up.

What we need to focus on is FAT loss, not WEIGHT loss. And you can lose fat while gaining weight! Your body burns fat for energy every single day, all day long. YOU, yes YOU ARE A FAT BURNING MACHINE! By simply being alive, you are burning fat. Where diets succeed or fail is in the amount of fat you allow your body to replenish after burning it. This is where the “caloric deficit” comes in. If you don’t know what a caloric deficit refers to, Google it, because you should know it by now. As long as you are maintaining a caloric deficit, you are steadily going to lose fat every single day. The pace will be different for each person, and for each person that pace will fluctuate daily based on a variety of factors, but I promise it will happen.

The easy answer to the question of “Does Carb Cycling work?” is yes. Does it work better or worse than any other diet out there? Answers to questions like that are a dime a dozen. A few “studies” will say one thing with just as many or more saying the opposite. The reality is that technology of instrumentation, adherence to proposed dietary restrictions, funding for research, and human error all have so much effect on the outcomes of studies that it is just not possible to say to any degree of certainty how effective one diet is compared to another.

What is far more honest of an assessment of a diet is did it work for YOU? Did you enjoy it or was it easy enough for you to commit to? That is going to be what determines your ability to stay consistent, and consistency is going to be what separates you from those who lose the first 10lbs and quit at the first sign of adversity versus those who understand the process, trust the process, and persevere knowing that time is something you can’t speed up.

Have you tried Carb Cycling and want to share your agreement or disagreement with this article? Please share your thoughts and questions in the comments below.

Thanks for reading and be sure to check out @dowhatyoucant.ig on Instagram for more educational content and conversation!