Skip to content
“What The Health” Netflix Documentary Initial Review

I hope to make time to do a full assessment of various quotes from “Doctors” in this film, but for now I just want everyone to be aware of this agenda of this documentary. All you have to do is a Google search for a review of this documentary to see what it’s trying to promote: veganism. By all means, if you want to be a vegan, go for it. You’ll probably be healthier than you’ve ever been if you try it, but if you’re doing it because you believe what you saw in this documentary, to say that you have been mislead would be a serious understatement.

I had to turn the film off 15 minutes in the first time I started it because of how inaccurate and deceitful the information presented is. When I came back to keep watching, I only made it another 10 minutes before doing the same thing. It is quite surreal to see “doctors” and “surgeons” telling people carbohydrates can’t make people fat, and that you should never eat a saturated fat again in your life. This is seriously what sugar industry started propagating in the 1960’s with their so-called “research” indicating that fat is what makes you fat. This idea was widely accepted for a good decade or two, until we noticed that people were still getting fat. Everything had been made “low-fat”, “fat-free”, and “heart-healthy”, but obesity rates still continued to rise, along with it rates of Type-2 Diabetes. Newer research taught us that carbohydrate intake, namely sugar, was being abused by almost everyone and damaging insulin sensitivity, natural metabolism, and guess what: accumulating as body fat. Yes, the “Weight-loss Surgeon” in What The Health telling you that carbohydrates literally can’t make you fat because they either get burned as energy or stored as glycogen is as wrong as wrong can be. Glucose (carbohydrate as the body uses it) can and absolutely does get converted into adipose tissue (fat) through a process called lipogenesis. Why would a weight-loss surgeon feed you information that could cause you to become overweight? I hope I don’t seriously need to answer that.

That same 50-year-old misinformation is mirrored perfectly minute-by-minute of the documentary. Since I don’t have time to cite sources and prove my case beyond the shadow of a doubt, I’ll just urge you to do your own research. Education is the most powerful tool you can have when it comes to wanting to succeed in anything, so education yourself, just make sure you look at all sides of the story. Neglecting doing so will likely result in a very expensive visit to one of the same doctors promoting their services in this film. 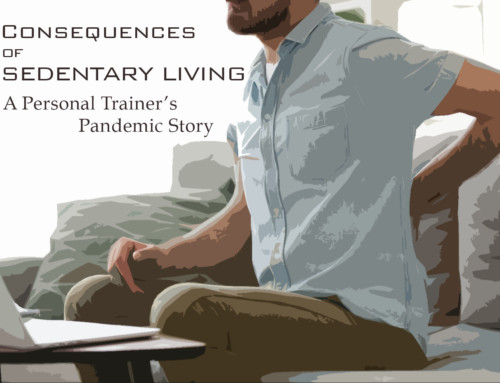